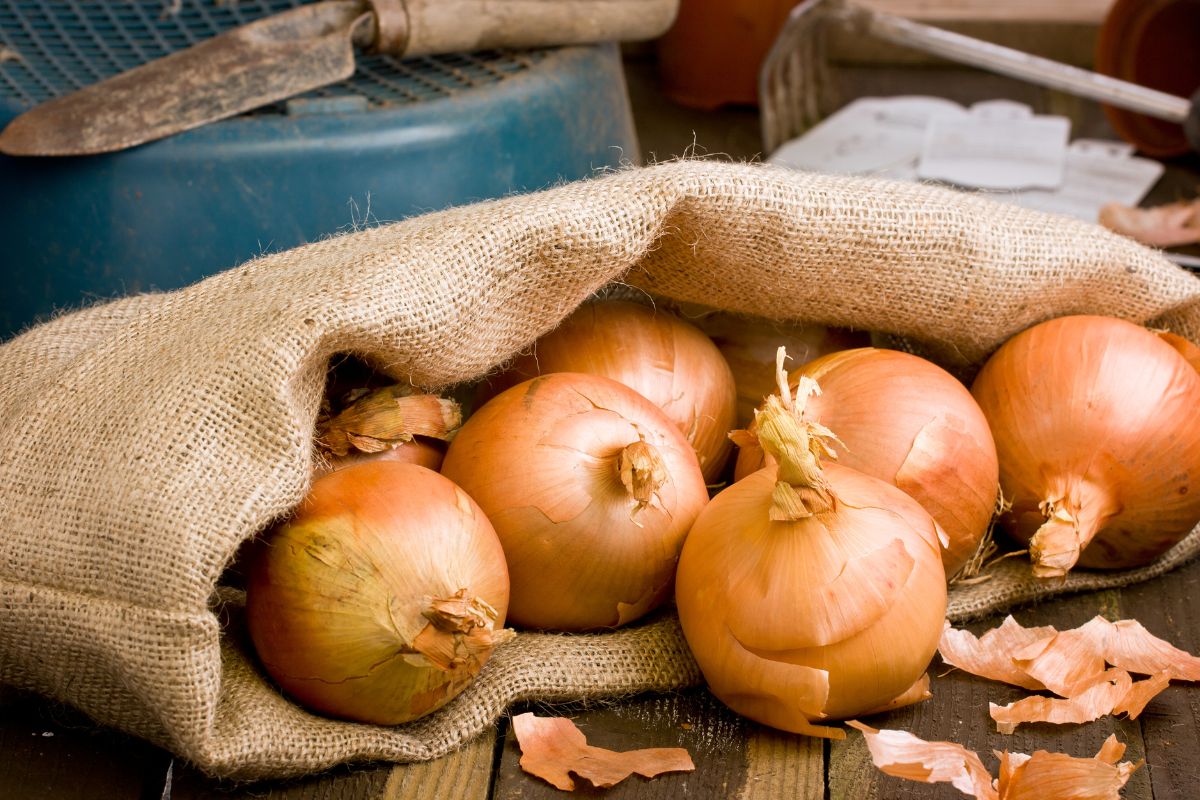 Although Vidalia Onion was first cultivated for individual use, they have gained popularity at farmer’s markets and supermarkets all throughout America. When cooked at low temperatures, they have a highly sweet flavor.

This is a result of them being specifically grown to have less sulfur. Even though using Vidalia onions in cooking is ubiquitous, not everyone has access to them. No worries, there are numerous great substitutes for Vadalia onion that can be used in different recipes.

White onions would be the greatest alternative to Vidalia onions because they have a comparable texture, flavor, and perfume. Walla walla and shallots, which have similar qualities and a tad of sweetness, are other good alternatives to Vidalia onions. Additionally, you can also use Spring onions, Chives, Brown onions, Garlic, Spanish yellow onions, Red onions, and Potato onions.

What Is Validae Onion And How Is It Used?

In contrast to other onions, the Vidalia onion has an oblong form. It tastes mild and contains a lot of sugar. This makes it ideal for eating both raw and cooked. What is the cause of the mild flavor? Because of the low sulfur content ins the soil where Vadalia is grown, it has a sweet flavor rather than the typical pungent, acidic flavor of other onions.

When it comes to the world of onions, the Vidalia onion is a superstar. Its sweet and bland flavor can be savored in a variety of ways. It may be eaten raw or added to salads and sandwiches. When roasted, sautéed, or caramelized, it tastes divine. It is also your finest choice for topping grilled meat.

The Vidalia onion has several remarkable health advantages as well. Compared to red onions, it has fewer calories. Allium and allyl disulfide are substances that reduce the risk of cancer. Additionally useful for lowering blood pressure and cholesterol, these substances.

Shallots have a taste that combines sweetness and heat. But when they’re cooked, the sweetness takes over and they make a fantastic replacement for Vidalia.

They differ from Vidalia in texture and frequently resemble garlic. Shallots are finest when cooked, thus eating them raw is not recommended. Shallots work well in recipes that call for sautéed Vidalia onions due to their strong scent.

Shallots are diced or caramelized in the same manner as white onions during cooking. They are frequently used in French cuisine as well.

Because they soften when heated but do not disintegrate like the other alternatives on this list, their texture is excellent for sauces. Shallots also go well with dishes like curries, stews, soups, and rice.

When a recipe calls for raw Vidalia onions, such as in salads, salsa, and dips, white onions work well as a substitute. It may be used in tacos and pickles and is a common ingredient in Mexican recipes.

Vidalia onions should be replaced with white onions in a 1:1 ratio since they are the best alternative. Use one-third of a white onion for every Vidalia onion when using entire onions.

Although they could be milder than Vidalia, fresh, tight, pristine spring onions with vivid, green-colored leaves are a superb alternative. They have the same sweet flavor as Vidalia. They may be consumed raw or added to various curries and veggie medleys.

Use half as many spring onions as you would use Vidalia onions.  You may also modify the amount to your taste because they have a strong scent and flavor.

Another readily accessible alternative flavor in stores is chives. When using chives in place of Vidalia, you may need to add more than what the recipe calls for because they have a flavor that is comparable but not as strong.

To avoid overloading the meal with too many dried chives, it is usually preferable to taste before adding more. In a variety of mixed vegetable recipes, caramelized onions, or when baking is required, chives can take the place of Vidalia.

Compared to white onions, brown onions have more sulfur, which gives them a stronger flavor. They don’t make the ideal replacements, but when cooked, they offer the food a moderate taste.

In recipes that call for fried or roasted Vidalia, brown onions work nicely as a substitute. They shouldn’t be added to salads or sandwiches. One stalk of Vidalia onions is equal to two tablespoons of brown onions. However, the best course of action is to taste test until you find the desired flavor.

Vidalia can be substituted with garlic, but it’s not quite as simple as that. The overwhelming flavor and scent of garlic obscure the absence of Vidalia rather than making up for it. They do, however, have a flavor that is comparable to that of Vidalia once they have been cooked. They make wonderful replacements since they are readily available.

Due to the differences in their taste profiles, they may be used in a variety of recipes in place of Vidalia. As a result, they perform best when added to sauces, marinades, sautéed foods, or toppings for pizza and pastries.

When used in cooking, Walla Walla onions have the same flavor as Vidalia onions because they are sweet and rounded. Walla Walla is mostly sweet, with a few undertones of spice and bitterness.

Due to their wonderful perfume and zesty flavor, they make excellent alternatives but are extremely difficult to locate. These onions are a great alternative that can be used in dinners with roasted vegetables, salads, sandwiches, and onion rings.

If you’re looking for a specific figure, 1 bulb of Vidalia onion is about similar to 1/2 to 1 spoon of Walla Walla.

Again, Spanish yellow onions are not the ideal alternatives to Vadalia onions, but they are useful in a situation. You need to balance this since they taste a little bit hotter and are drier than sweet onions.

Recall compensating for the dish’s low water percentage by adding extra water. When you need to prepare stocks, broth, soups, sauces, or stews, these are the greatest alternatives. They do not, however, function in all recipes that call for raw Vidalia.

Two little Vidalia onion bulbs are equal to one Spanish yellow onion bulb, so you may swap them out in a 1:2 ratio.

Due to their powerful and slightly harsh aroma, red or normal onions might not be the ideal alternatives for Vidalia. Their accessibility is a major positive, though.

Additionally, they are not entirely loss-making. If you peel red onions and soak them for 30 to 60 minutes, you may substitute them for Vidalia. By doing this, you will eliminate the strong flavor and scent that might alter the flavor of your Vidalia dish.

When used in place of Vidalia, they are best eaten raw or combined with greens. They work well when used to make soups. Following the aforementioned steps, red onions can be used in a 1:1 substitution for Vidalia.

Potato onions are sweet subterranean onions that have a softer flavor and aroma.

Since you may use the same amount that the recipe calls for, they are excellent replacements for Vidalia onion. However, they perform best when subbed for Vidalia in pickles. They can also be used in recipes that call for raw Vidalia.

It may be used in a wide variety of dishes. But pickles, vegetable dishes, soups, salads, and stews benefit from it the most.

If you have fresh potato onions, you can use 1.5 -2 potato onions in place of 1 bulb of Vidalia onion. Too many might make the meal overly sweet. The 1:1 ratio is ideal if the potato onions are dry.

One of the most often used components in cooking is the onion. It is utilized in a wide variety of savory dishes and recipes. The unique flavor of Vidalia onions makes them perfect for grilling or sautéing.

These onions have a flavorful, sweet caramelization that goes well with anything. The season only lasts a few months each year, however, if you want to replace them in your cuisine, there are plenty of good substitutes which we explored above in this article. 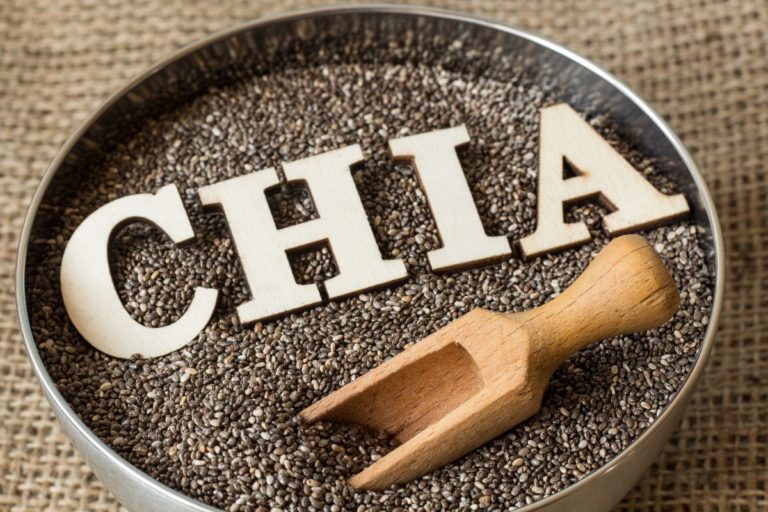 Chia seeds are loved by health-conscious people as the food contains an antioxidant named quercetin that can reduce your risk of developing several health conditions, including heart disease. But putting chia seeds on your everyday dishes is a bit expensive and availability differs from place to place. And, that’s when you may look for chia… 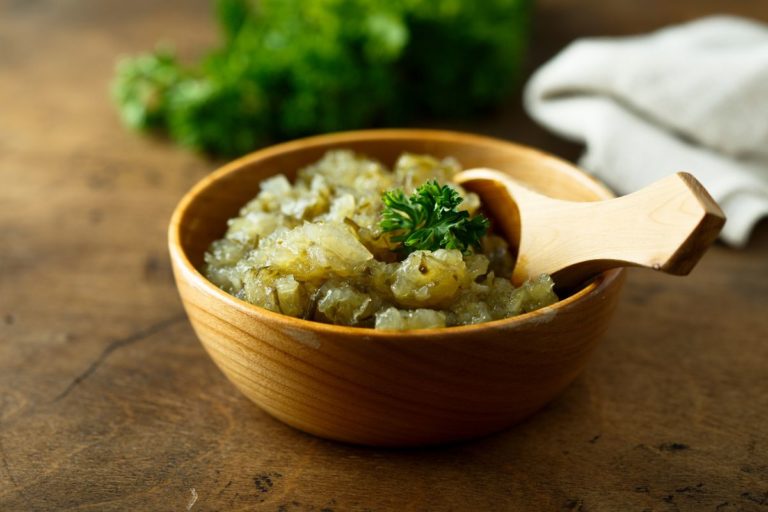 Pickles are truly amazing food that has undergone quite the reinvention as of late. Whereas once upon a time, pickles were polarizing in the sense that people liked them or hated them, nowadays it’s safe to say that the public has truly fallen in love with the humble pickle. Sweet pickles are basically either gherkins… 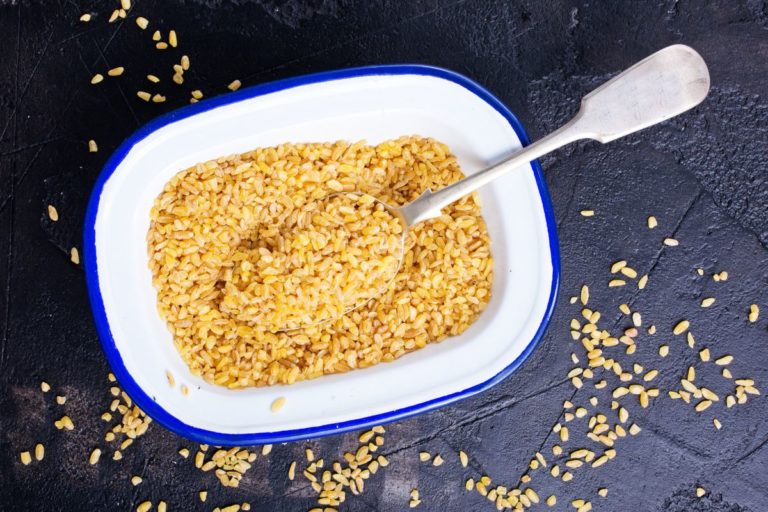 The wheat variety known as bulgur is exceptionally wholesome and nutritious. This particular ancient grain comes from the Middle East. Although it is not the same as cracked wheat, its name suggests such. It is simple to make and frequently comes pre-cooked, saving you time. Although it has a fine texture and nutty flavor, the…